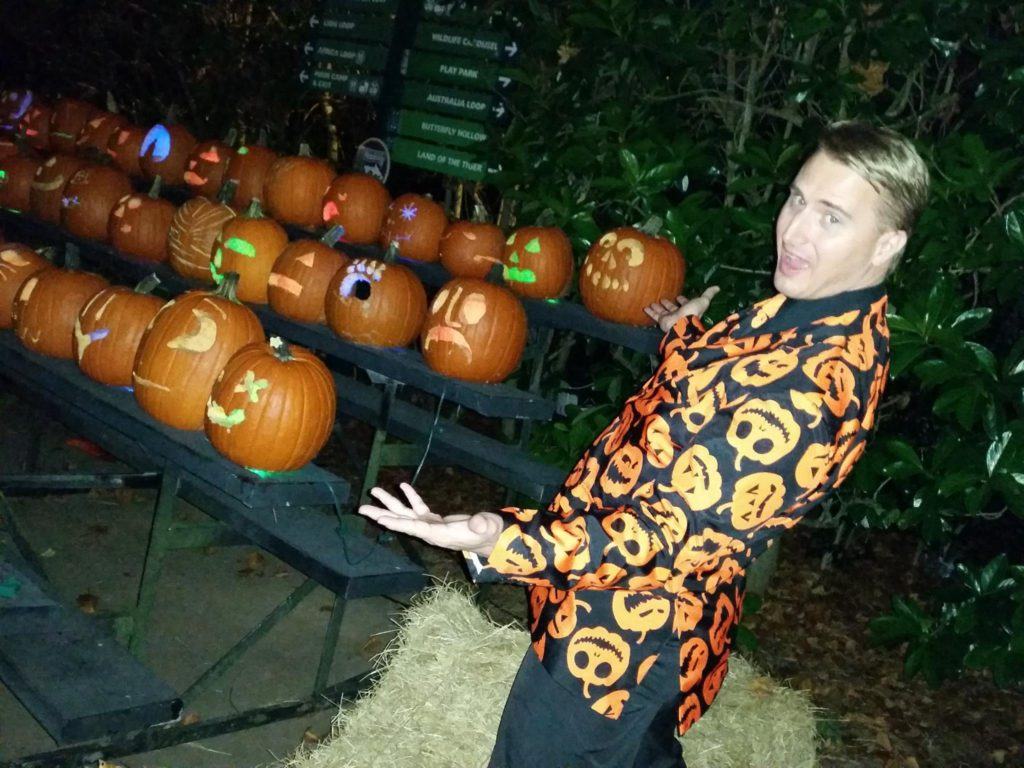 Ron (our founder) enjoying a HUGE find at Spooktacular 2015

Here the scoop on the goop! (pumpkin goop, that is!)

Are we actively harpooning gourds? Do we take shots at passing porches? Are we the ones who come and smash pumpkins in the wee hours of the morning?

No. That is not us. We aren’t hunting pumpkins to take them out, just count them.

What began as a nation-wide scavenger hunt for real-carved pumpkin jack-o-lanterns evolved into a web-based computer game. This year the game is evolving into phone apps and the website became the home for a Halloween-loving community dedicated t0 hunting and seeking all things related to that beautiful, orange squash.

How it all began…

Our founder, started this kick way back at the tender age of 12 – when trick-or-treating was just not possible (no costumes in his size). With no candy to get or costumes to wear, he started counting pumpkins. Why? Well because they were hard to find in Florida. His friends joined in, they made it a competition to see who could find the most. They also tried to find one more pumpkin jack-o-lantern than the year before. You know, to set a new record each year. This used to be only on Halloween night, but they expanded it to the whole month of October to cover parties, farms, and pumpkin carving fun all month long. After our founder moved to Upstate New York in 2000, he created the original PumpkinHunt website for him and his friends to account for finding pumpkins in their respective states.

Some stray web-surfers found the site by accident in 2002 and asked if they could join in. Sure! No Problem. After that, the webmaster decided to make it a user/password system to let anyone join the site and count pumpkins in their hometowns. He also invited users to send in pictures of their carved pumpkins to post in the Hallo-Fame. In 2003, he added the Pumpkin Hunt video game. Oh boy, did people like that! 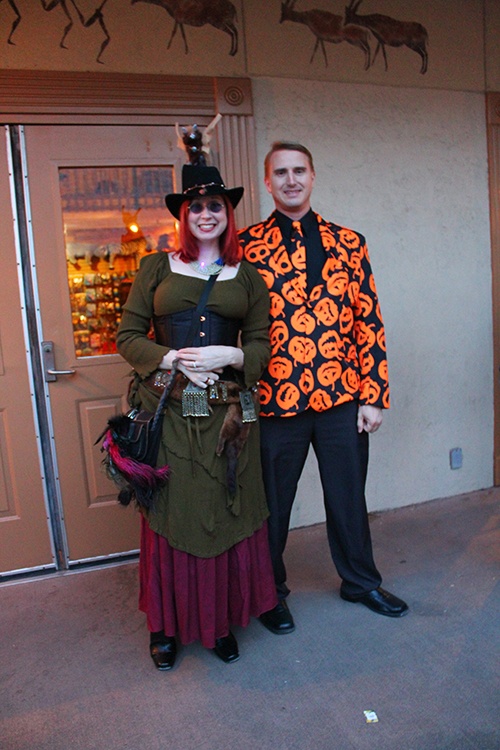 Sarah & Ron dressed up for Spooktacular 2015

Throughout the years the game and community have grown. Now with the advance of technology and the widespread use of smartphones, we can take the next leap and reinvent into a game and platform that allows more participation by our community members.

What about the original Pumpkin-Hunting?

It is still alive and well.

We will still publish counts as they are submitted. This is an ‘on-your-honor’ system of counting because we don’t ask for verifiable proof. Just drive through your neighborhood and take a peek on Halloween night. Count with your friends, count with your family. Teach your little ones how to count pumpkins after the candy is gathered. Just one thing… make sure they are real pumpkins. Submit your counts via email or our online form. (no plastic pails or ceramic pots please!)

The most important thing about PumpkinHunt…