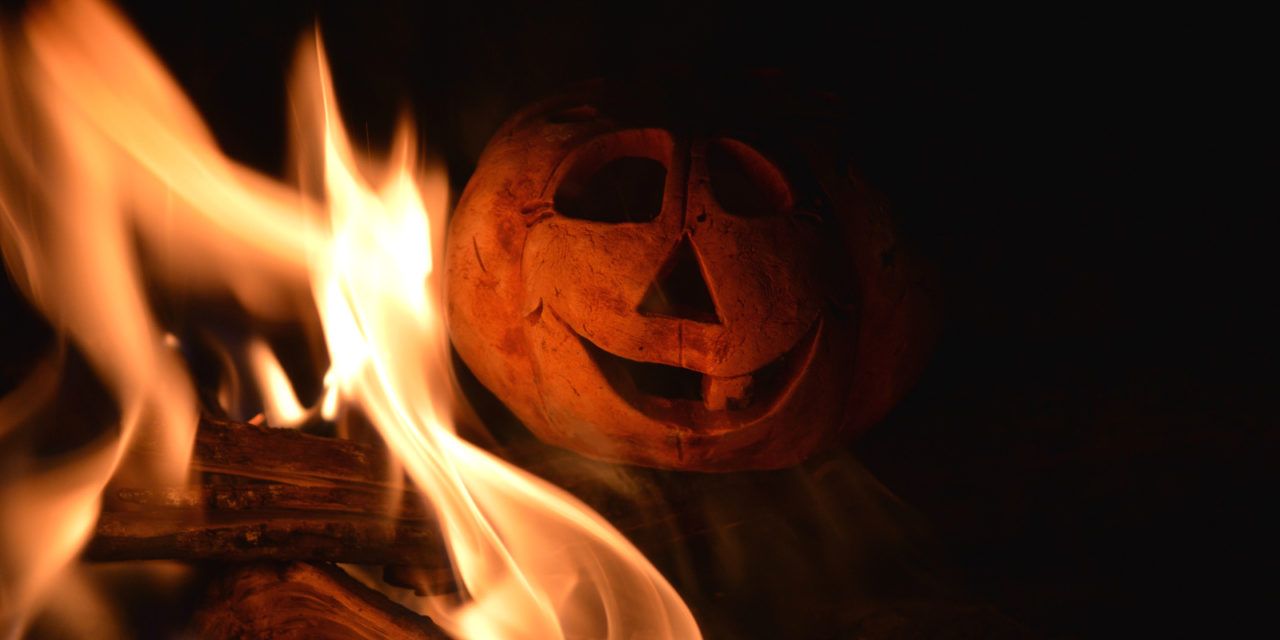 Why do we have a day that is supposed to do nothing but scare the dickens out of us? Why do we bob for apples or have scary pumpkins sitting on our front porch? Why do we dress up like ghost and goblins or other fancy creatures? All of these questions can be answered by looking back at the origin of Halloween.

More than two thousand years ago there lived a people known as the Celtics. They were a proud, fierce and combative tribe which inhabited Ireland, the northern areas of France, and the United Kingdom. Their new year started on what you and I know as November the first. The beginning of November marked the end of warm weather and the growing season. In addition the hours of darkness ruled over the hours of daylight and the Celts being of a superstitious nature; believed that things which go bump in the night roamed and ruled the night hours.

As the hours of darkness prevailed much of the time was spent spinning yarns and the retelling of stories which had been passed from generation to generation. One of the beliefs that had been passed down was the belief that the dead returned on the night before the beginning of the New Year; October 31st . It was believed on this night they returned to avenge the wrong deeds done to them and to bring forecast of the events to occur in the New Year.

Eventually over a period of time, October 31st became known as Samhain (or sow-in). In order to mark this day, the Celts, had a monstrous bonfire in their villages. Each of the villagers came to the bonfire, disguised in different animal skins. The celebration was a way of showing thanks to the Celtic “gods” for the harvest and good things of the year past. It was also believed, by the people, which by sacrificing a portion of the last year’s crop and an animal the “gods” would hopefully bestow good fortune and a bountiful crop in the coming New Year.

Therefore, you and I now know that the origins of Halloween also include dressing up in a costume on Halloween night.

As several centuries went by the Celtics, in turn were invaded by the Roman Empire. As we all know when in Rome, you do as the Romans do. So the custom of “Sam Hain” was added too by the Romans. The Romans included the day of Faralia, celebration of the dead, to coincide with the date of October 31st .

Then, they also included a day to please Pomona, a goddess whose symbol is the apple. This is basically where the tradition of apple bobbing was derived from, which is still practiced today as a party game.

Eventually Christianity began to spread and entered the land of the Celts. Around 800 A. D. The Catholic Pope at the time – Pope Bonaface IV – declared November 1st All Saint’s Day, which coincided with the Celtic pagan holiday of the beginning of the New Year. The night before All Saint’s Day, Samhain to the Celts, began to be called All Hallow’s Eve or All Hallow’s Mass. As the centuries passed and cultures were absorbed by other cultures, the origins of Halloween have become known as Halloween night.