The Tower of London has been around for more than 900 years and it’s been filled with death, blood, and intrigue. There have been several hundred executions at the tower over the centuries from those who would claim the throne to petty criminals.

The Tower of London has been home to royalty, and it’s also been used as a prison to house some of the worst criminals in history. If any place on earth deserves to be haunted, it’s the Tower of London–and it is, of course, haunted.

Swifte and his wife were eating dinner by candlelight when his wife saw a strange apparition across the room. It was a floating object that appeared to be a tube filled with a bubbling blue liquid. The object approached his wife, and Swifte attacked it with a chair, but the chair passed right through the object. The object then disappeared.

Anne Boleyn was executed in 1536, after Henry VIII had become tired of her. It’s said that she is one of the most enduring ghosts of the Tower. She haunts the vicinity of the White Tower, the King’s House, Tower Green, and the chapel of St. Peter ad Vincula. Her headless body was interred in an arrow case under the floor of the chapel of St. Peter ad Vincula after she was executed.

Sir Walter Raleigh is another persistent ghost that haunts the Tower of London. Sir Walter’s ghost roams all of the Tower, just as he was allowed to roam when he was imprisoned there all those centuries ago. 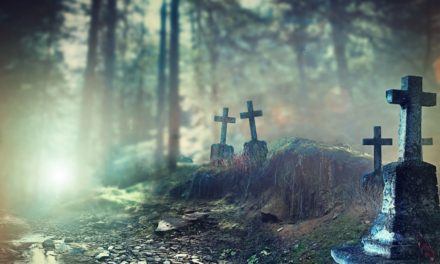